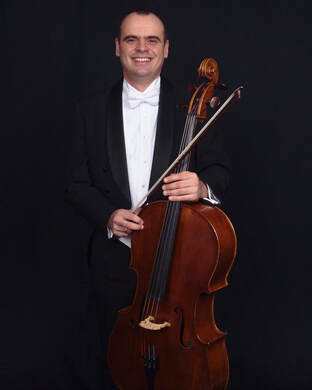 Boyan Bonev
​Award-winning musician Boyan Bonev is a native of Bulgaria. He has performed in a number of prestigious music festivals and conferences in North America and Europe.

​Currently, Dr. Bonev serves as the orchestra director of Thomas County Schools, and is the music director and conductor of South Georgia Ballet. He is the artistic director of Camerata South, a performing arts organization of musicians, dancers and singers from North Florida and South Georgia. Dr. Bonev is the host and executive producer of “Thomasville LIVE from the Center!” a weekly variety TV show about the performing arts, broadcasted by WFSU Public Media, and available to watch on demand on the PBS App.  Read more...

Jonathan Holden
Jonathan Holden is Associate Professor of Clarinet at Florida State University and Principal Clarinetist of the West Michigan and Mobile symphony orchestras. He performs frequently as a chamber musician, orchestral clarinetist, and soloist.

​Holden began his career in Great Britain and has since given performances in France, Denmark, Israel, China, Brazil, Panama, and the United States. He is an ardent chamber musician and new music advocate, appearing frequently at conferences, festivals, universities and recital halls throughout the US, often premiering new works. An experienced orchestral clarinetist, he has performed with ensembles throughout the southern and Midwestern United States, including the Louisiana Philharmonic, Grand Rapids Symphony, Sarasota Orchestra and Joffrey Ballet. Read more... 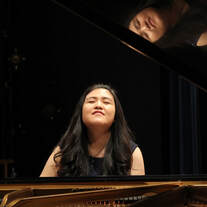 Regina Tanujaya
​Regina Tanujaya​ is a Chinese-Indonesian pianist, collaborator, and educator. Ms. Tanujaya won national and international competitions leading to performances around the world.   She performed in Carnegie Hall, New York, had her debut performance with an orchestra in Italy, performed tour-concert in Czech Republic and Indonesia, and solo performances in Portugal. Read more... 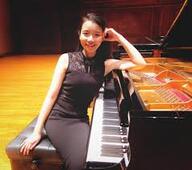 Crystal Jiang
​Originally from China,  Crystal Jiang came to the U.S. in 2014 as a member of the outstanding students’ group from the prestigious Central Conservatory of Music.  Combining brilliant command of the instrument with rare musicality, pianist Zheyu (Crystal) is one of the most promising young pianists of her generation.  Read more... 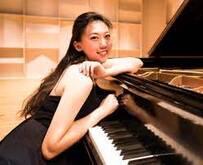 Valerie Wellington
A native of Indonesia, Valerie Wellington started to play the piano at age 7.  She is an artist of uncommon sensibility and maturity,  possessing a strong technique and rare musicality beyond her years.  She received her bachelor’s degree from the Pelita Harapan University in Jakarta, studying under Dr. Johannes Nugroho, and currently studies at the University of Missouri in Kansas City under renowned pianist Alon Goldstein. Read more...