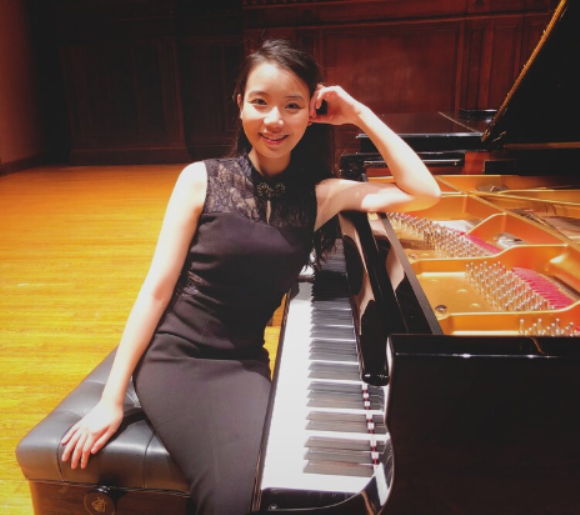 Combining brilliant command of the instrument with rare musicality, pianist Zheyu (Crystal) Jiang is one of the most promising young pianists of her generation.

Originally from China, Jiang came to the U.S. in 2014 as a member of the outstanding students’ group from the prestigious Central Conservatory of Music.

She also performed in Vienna, Los Angeles, Oakton, Zeeland, Beijing, Zhengzhou, and Tianjin. She won the first prize in the fourth “China Skills” Competition, the top prize in Ohio ThreeArtsClub competition, the Arthur Dann Piano Competition, and the Concerto Competitions at both Oberlin and UMKC. She was awarded the Agnes Fowler Scholarship and was elected to membership in the National Music Honor Society.