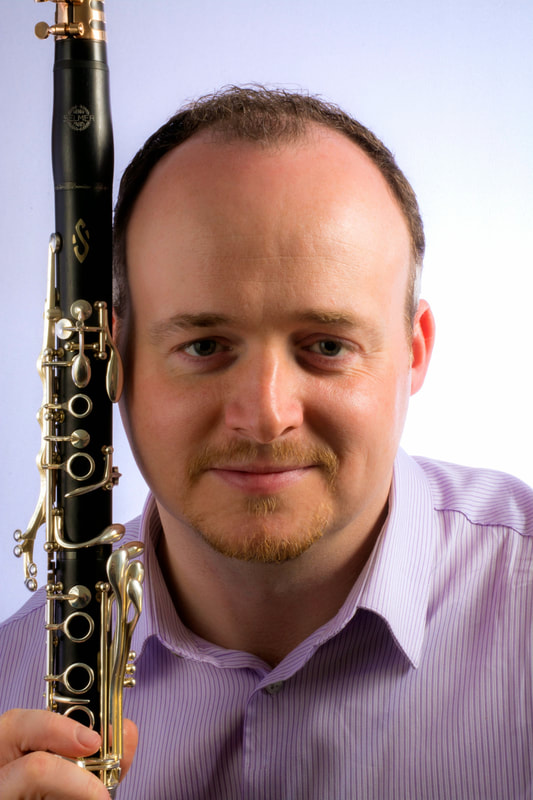 Jonathan Holden is Associate Professor of Clarinet at Florida State University and Principal Clarinetist of the West Michigan and Mobile symphony orchestras. He performs frequently as a chamber musician, orchestral clarinetist, and soloist.
Holden began his career in Great Britain and has since given performances in France, Denmark, Israel, China, Brazil, Panama, and the United States. He is an ardent chamber musician and new music advocate, appearing frequently at conferences, festivals, universities and recital halls throughout the US, often premiering new works.
​ An experienced orchestral clarinetist, he has performed with ensembles throughout the southern and Midwestern United States, including the Louisiana Philharmonic, Grand Rapids Symphony, Sarasota Orchestra and Joffrey Ballet. His solo work with piano can be heard on the album Notes from Home (Centaur Records) and the forthcoming album American Notebook. Holden is a D’Addario Woodwinds Artist and a Selmer Paris Performing Artist.