"Music can change the world"  -  Ludwig Von Beethoven
The Emerald Coast Music Alliance Foundation, Inc. is the brainchild of Alon Goldstein, an Israeli-born pianist who has performed all over the world. In 2017, Goldstein formed the group in the hopes of keeping the magic of the arts, specifically the art of classical music, alive.

The Emerald Coast Music Alliance Foundation (ECMAF) is a 501c3 corporation, relying solely on donations to fund its concerts and bring in these exceptional artists.   Donations are tax deductible.  Click here for more on how to support the ECMA foundation.

Since its inception, Emerald Coast Music Alliance has held festivals at the beginning of each new year across Northwest Florida.  Goldstein brings world class musicians to perform for populations who would normally not have access to such; elementary through high school students, facilities for special needs populations, autism centers, assisted living and senior centers, and child care programs. 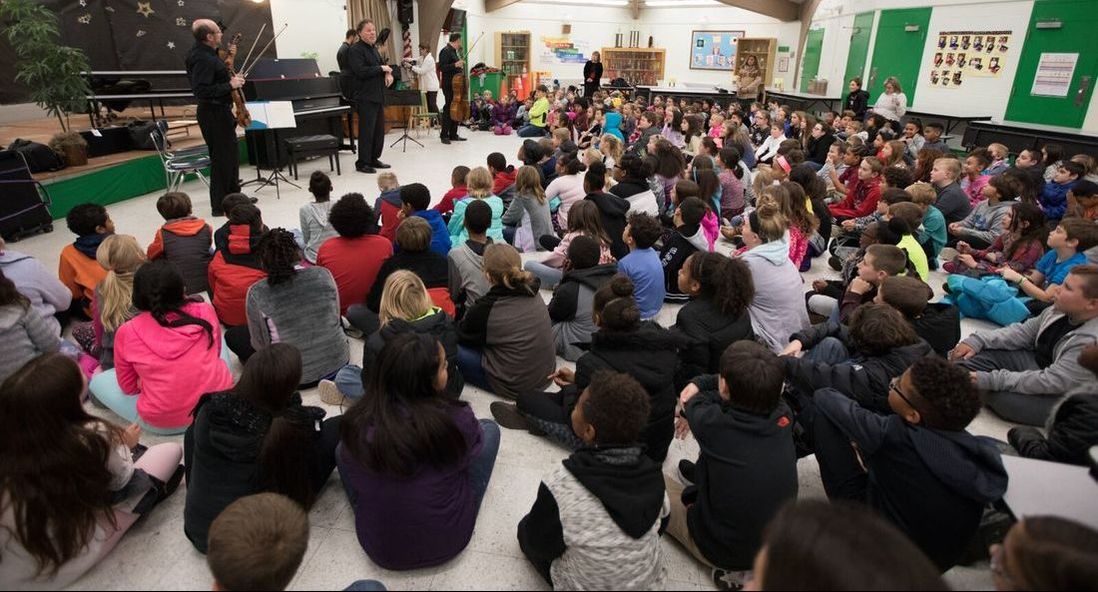 In the first year, 2017, Goldstein and other distinguished musicians performed at five venues serving youth and adults.
In 2018, the program expanded to a piano and string quartet which performed at 15 locations.
In 2019, Goldstein brought the Grammy-nominated cellist Amit Peled and the Peabody Cello Gang, a group of gifted students from the Peabody Institute in Baltimore, to perform 25 times in 17 different locations.
The 2020 Festival grew to over 40 performances,  featuring Alon Goldstein, four of Goldstein's student pianists - who in one performance were simultaneously playing on one piano.  Guest musicians included a Brass Quintet and Concert Artist Guild International Competition winners; JiJi, a classical guitarist, and Mitya Nilov, a percussionist.
​2021  brought new challenges; a worldwide pandemic prevented in-person concerts.  The Festival was extended to three weeks, enabling fifteen gifted artists to perform 63 concerts via streaming technology, while interacting with their audiences.  2021 has become the most successful and ambitious Festival in our 5 years!
A return to live performance was the highlight of our 2022 festival.  Our seven gifted artists performed 51 concerts across Northwest Florida in 23 total venues.
Donate to support the ECMA Foundation Festivals  |  Contact Us for more information